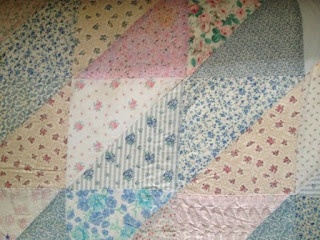 I made this when I first got married. I wanted something quick but didn't want to make another patchwork using squares. Instead, I used triangles. I alternated the triangles so that it would form diagonals of pinks and diagonals of blues. I also didn't want another quilt as I was given some as gifts so I decided to make it into a quilt cover. What this meant is that I didn't sew a wadding layer in between the top patchwork layer and the backing fabric. Instead, I sewed buttons along one edge so that a quilt (or doona) could be slipped in and out. Afterall, we can't have too many quilt covers!

As usual, when sewing patchwork, you have to sew the rows first then join rows together. 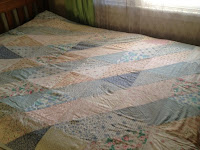 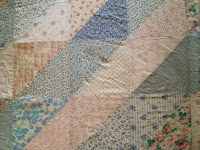 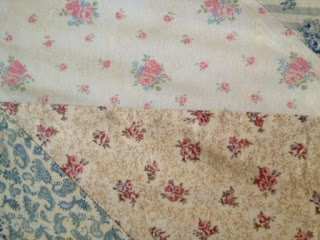 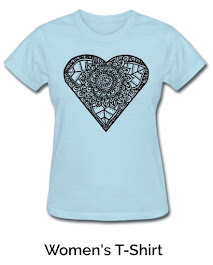